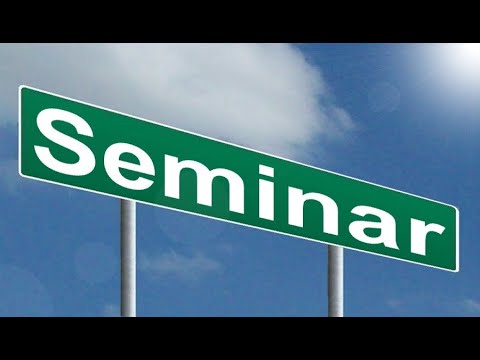 I want today to give you examples of what spectacular results can be achieved through negotiation.

In our dealings with many banks and financial institutions, we are subject to confidentiality clauses. Consequently, we cannot give exact cases with exact banks with exact clients with the exact spectacular results. However, today we have prepared some fictitious cases which will demonstrate what can be achieved.

This case involved a UK bank with debt in the UK and they had appointed an asset receiver over the property finance. The receiver sold the property and was at 2.1 million deficit after the sale of the property. UK bank got judgement in the UK court obtained a European enforcement order certificate. This European order was sanctioned in the high court in Ireland. The bank had appointed Irish solicitors to recover the debt. The solicitors had instructed the sheriff, were about to issue publication and to register judgement mortgage against the principle Irish properties.

The surgeon suggested the following solution. The debt was 2.1 million, settlement 7% which had a total amount of 140,700. This amounted to a write off of 1,959,300 and the condition put in by the surgeon was that it was payable within 30 days. The surgeon suggested this so there would be no doubt that the bank was going to get that money and it was not just trying to put it on the long finger. The bank were happy to accept this and the principles were happy to pay it having borrowed it from family and friends and save judgement mortgages be registered against their Irish properties.

Therefore, the financial surgeon suggested the following solution that the clients would borrow from family and friends and offer a full and final settlement in the amount of 42,000 pounds. This equated to 12 cents in the pound. The financial institution was happy to accept that given the circumstances of the case and the clients were also happy to meet this requirement. On the payment of this settlement sum, the judgement mortgages were satisfied in respect of all 8 properties.

Financial Surgeon was asked to consider and recommend a solution to the following problem. The owners with 2 ordinary tradesmen and 1 businessman. The loan was 2.5 million. The loan was given by an Irish bank. The bank had appointed a receiver and in the bad old days the property would sold for for 300,000. This left a deficit of 2,200,000 and the tradesmen were on ordinary industrial wages and the businessman was in financial trouble.

The solution recommended was that the businessman would obtain a loan of 50,000 from another institution on the basis of this business. That he would offer on behalf of all 3 clients a full and final settlement in the amount of 50,000 to the Irish banking financial institution. This meant 2.2 million deficit, 50,000 paid settlement just over 2 cents in the euro. The bank again had little prospects in the future of the businessman making substantial funds and therefore were happy to accept this financial settlement.

In this case the business and company had gone into liquidation. The company had a bank loan of 520,000. The 2 directors had personally guaranteed this loan to the bank. The problem was that the business had gone bust, the directors’ source of income had ceased and they had limited private resources.

As a matter of standard course, we always review the facility letters. Because you never know what you might find.

The settlement, in this case, was to get both directors to obtain 2.5% of the gross amount from their family, friends and Credit Union in order to make a proposal of 30,000 each or, in fact, a lump sum of 60,000 to settle the guarantees of 1.2 million. This resulted in a saving, to the 2 clients, of 1,140,000 pounds. It took 14 months of negotiations to eventually achieve this settlement with the bank. If it’s one thing we are it is we are persistent and resilient.

There are some of you out there who might think “Was the bank not stupid to accept 60,000 when it had valid guarantees of 1.2 million?”. And the answer to that is NO. The bank was particularly financially astute in accepting such a settlement. The alternative for the bank is to issue High Court proceedings against each director, engage solicitors, engage barristers, management time and swearing Affidavits, etc. The total cost could easily be 80,000. And in the course of such a process, the 2 directors would have been forced to engage their own legal counsel, their own barristers, their own time to defend as best as they can or to delay, till they got to a better stage, this judgement. And in the course of defending such judgement, they would have dissipated the 60,000 that was available for the settlement.

Therefore, in simple terms, the bank, by pursuing the legal route, would have lost a further 140,000 because the 60,000 wouldn’t have been available at the end.

This case involved a principal private residence which was under structural renovation. The principals were living in their parents home while the structural renovations were being carried out. The substantial works have been primarily completed – just some decoration works outside, etc. However, the principals have run into financial difficulties and had placed the property on the market.

The bank had obtained a possession order in the Circuit Court. The bank solicitors had notified the sheriff, however, the sheriff had not completed the formalities of possession. The bank then sold the mortgage debt to a venture fund, sometimes called a vulture fund but I find them very fair to deal with. And a third party who had lived on the street when they were younger had approached the auctioneer interested in making a genuine, good offer for the property.

The clients were happy because this deficit, which would have been hanging over them, was clear and they would not have to worry about that again. And, in fact, they made 5,000 pounds by having reduced fees to auctioneers, etc., as a result of this process.

In this case, the businessman had 5 buy-to-let properties. There were large but not overly significant arrears in respect of each of the mortgages. The bank had appointed receivers to all 5 properties primarily because they hadn’t heard from the client or client wasn’t, in their view, fully engaging. The receivers were appointed prior to the consultation with the financial surgeon. The surgeon negotiates with the banks. It took a 6-month process but they then agreed to remove the receivers from all 5 properties. The surgeon then agreed a proposal with the bank over a 5-year period to restructure the loans at lower repayments which could then be met from the rental income.